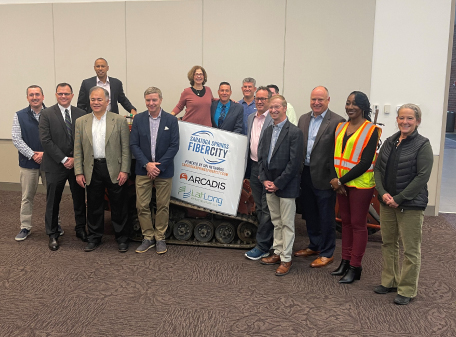 City will be First in New York State to Have Full Citywide Fiberoptic Network, Closing Digital Divide and Offering 10 Gbps of Speed – Among the Fastest Internet Speeds in U.S.

(Saratoga Springs, NY…..October 25, 2022) After careful  planning and testing, Saratoga Springs city officials and SiFi Networks celebrated the official groundbreaking of the Saratoga Springs FiberCity® project today, a revolutionary fiberoptic network being built citywide to improve digital connectivity in the city. Once complete the $32 million venture, being funded privately, will see high-speed fiber infrastructure available to every household, business, and institution within city limits. Work to construct the network began earlier this year with the first homes  scheduled to go-live next fall, and the entire city slated for completion in 2024. Officials also announced that that the internet service provider GigabitNow has signed on to be first provider on the network, offering speeds up to 10 Gigabits per second—among the fastest internet speeds in the United States.

“Today is a great day for the future of Saratoga Springs,” said Jason Golub, Commissioner of Public Works, City of Saratoga Springs. “This is a once-in-a-generation infrastructure project that will usher in a new era of high-speed connectivity, digital inclusion, digital readiness, and new opportunities to expand and innovate in our local economy,” explained the Commissioner.

Unlike a typical fiber network, the FiberCity® is being built as an Open Access network, meaning that with one connection, residents and businesses can access multiple service providers for high-speed internet service, Smart City applications, telehealth, streaming video, voice, and other uses. On an Open Access network, service providers compete for customers based on service, price, and reliability, essentially disrupting the decades-old monopoly or duopoly model that phone companies and internet providers have long enjoyed.

“Once complete, our residents and businesses will benefit from competition,” said Commissioner Golub.

One key element of Saratoga Springs’ FiberCity® network is that it is being made available to every address—business, residential, and institution—within the city. This includes low-income housing units that are typically passed over by internet service providers.

“We’re excited to partner with the city and celebrate full-scale construction of the Saratoga Springs FiberCity®. We believe that everyone in the community deserves access to high-speed fiber infrastructure—connecting the community to each other and the world around us—at speeds never experienced before in New York,” said Robert Heaps, Corporate Vice President, SiFi Networks.

Todd Shimkus, President & CEO of the Saratoga County Chamber of Commerce, a driving force behind the development of the network, said that the Saratoga Springs FiberCity® network will usher in the next chapter in the city’s economy.

“It’s now estimated that one-third of the workforce works remotely, at least part of the week. Having the FiberCity® in Saratoga Springs is a game changer for economic development and will also help the region attract large employers and technology companies,” said Shimkus.

“Our hotels have been vying for better connectivity for years. Full fiberoptic connectivity will enhance the visitor experience and enable our hospitality sector to do so much more for customers,” noted Darryl Leggieri, President, Discover Saratoga.

“Before moving to Saratoga Springs, I ran an event space in New York City. When we installed fiber, it enabled us to do so much more. Conferences and events move an enormous amount of data and the City Center is already working with SiFi Networks to plan additional fiber connections to our convention space, our offices, and the parking garage, which will now be able to utilize Smart City services like parking apps,” said Ryan McMahon, Executive Director, City Center.

“The City began contemplating the need for an all-fiber network more than five years ago. We understood back then—even before the pandemic—the importance of high-speed connectivity for our residents and businesses. This unique partnership forged with SiFi Networks has helped us start to realize what modern-day digital connectivity can be. I’m enormously proud to see the FiberCity® come to fruition,” said former Commissioner of Finance, Michele Madigan.

GigabitNow shared that Saratoga Springs residents and businesses can pre-register for service now online for free. GigabitNow will offer a variety of symmetrical (meaning equal upload and download speeds) plans ranging from 350 Mbps up to 10 Gbps, all among the fastest speeds available in the United States. GigabitNow shared that residents should be aware that current internet providers may flood mailboxes with offers that may seem too good to be true now that a true fiber to the home provider is entering the market. “They’ll only advertise the download speeds, but not the upload speeds. They also can’t match the speed, service, and reliability that comes from a fiber connection,” said Steve Milton, CEO, GigabitNow. “We’re enormously proud to become part of the Saratoga Springs community and look forward to providing outstanding service to the community,” he added.

Those interested in learning more about GigabitNow service can visit www.gigabitnow.com/saratoga-springs

Full-scale construction on Saratoga Springs’ FiberCity® will continue until around Thanksgiving when underground work will be paused for the winter. Crews will resume work in the spring and the first customers on the network will go-live next fall. 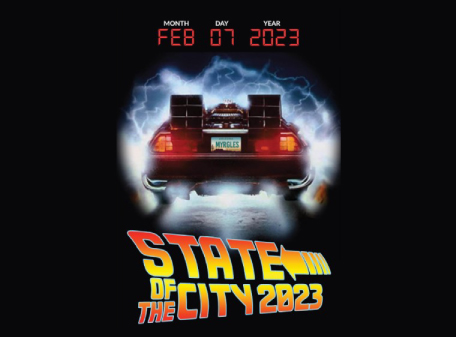